Did you know about hello kitty's lost magical girl?

Magical Rion Chan is an official sanrio manga about a girl named Rion who becomes a magical girl with powers obtained from a hello kitty plush. It was published from 2006 to 2010. It is pretty obscure, even more, its lost media!

For a while, it was impossible or incredibly difficult to find any trace of this manga online. In the past few months, me and many other people dedicated to Rion have been looking for her and making her known to the world. This page is about Rion's journey of becoming slowly uncovered and found. will be updated as more content of her is discovered. 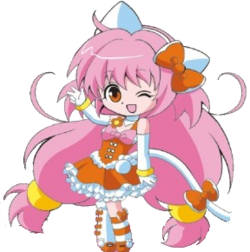 Things that we know about Rion are that it was made by sanriowave, seemingly some sort of branch of sanrio. Along with Rion, they made other sanrio related products including mobile games, figures, and even Nekomura Iroha, a sanrio vocaloid. Sanriowave seems to have existed from 1995-2018 but the website itself existed up to 2021. It merged with Sanrio in 2018.

We also know that there was an event where rion merch was shown. The merch was purely for display and was not being sold. This was confirmed by Azusa Rei, someone who worked on designing the Rion figures. There is much more characters and content in the chinese manga. 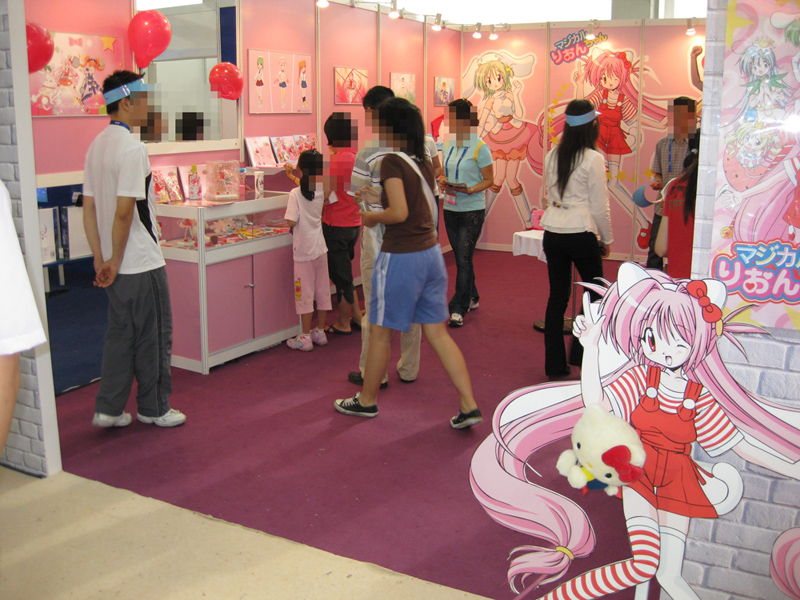 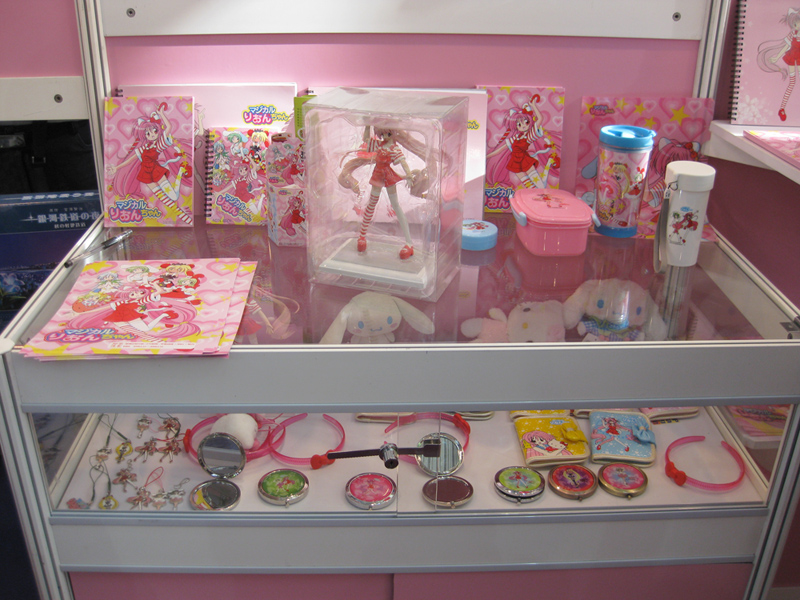 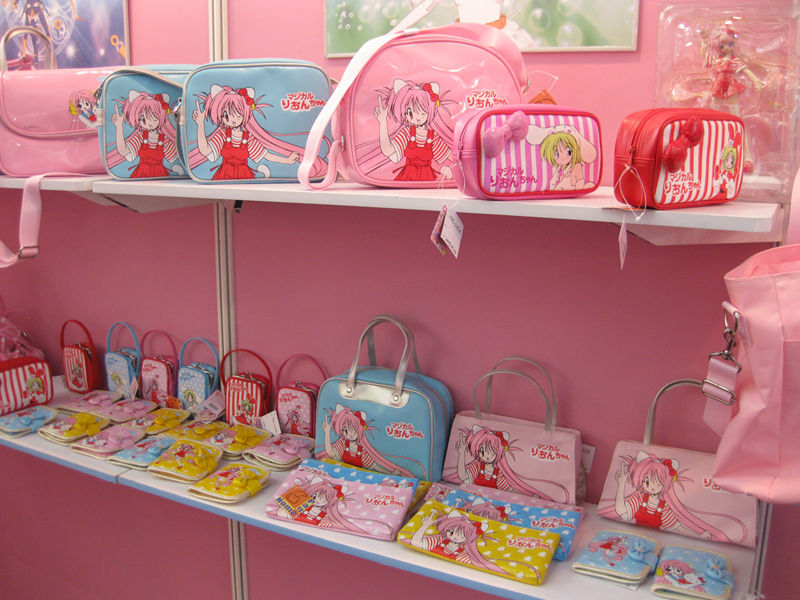 This event also showed 3D animation samples. Images of the samples from the event have fueled false rumors of there being a lost Rion anime, which Azusa confirmed never existed.

WARNING: THIS PAGE WILL HAVE SPOILERS FOR EVERY PART OF THE SERIES FOUND SO FAR! SOME INFORMATION MAY BE INNACCURATE AND WILL BE FIXED LATER 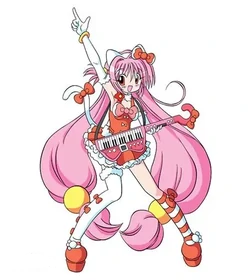 Rion is the main protaganist and the Keytarist for the Flash dolls. She gets her powers from a hello kitty plush. Rion's mother is dead but she has a sister and a father. 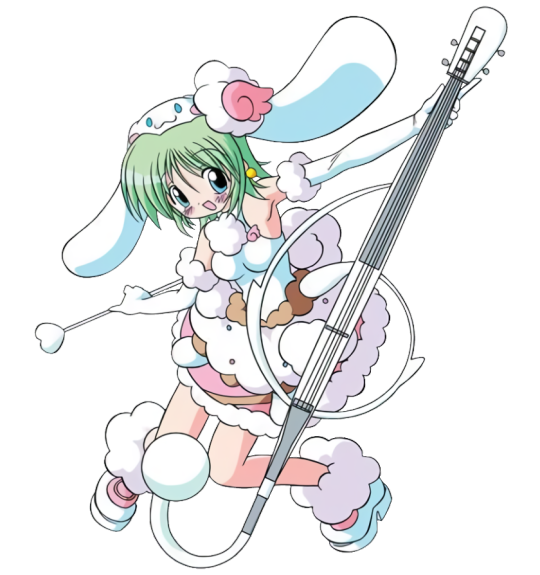 Minamo is the violinist for the Flash dolls and one of the main supporting characters. She gets her powers from a cinnamoroll plush. 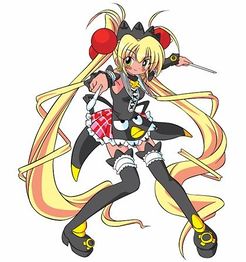 Kanna is the drummer for the Flash dolls and one of the main supporting characters. She gets her powers from a Badtz-maru plush. In the chinese manga, it is implied that she is a lesbian. 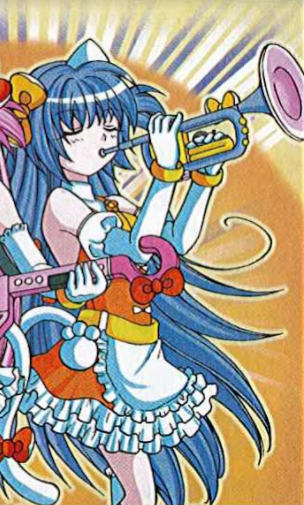 Ririka is the trumpet player for the Flash dolls and one of the main supporting characters in the chinese manga. At one point, she is a villain. She is Rion's sister and gets her powers from a mimi plush. 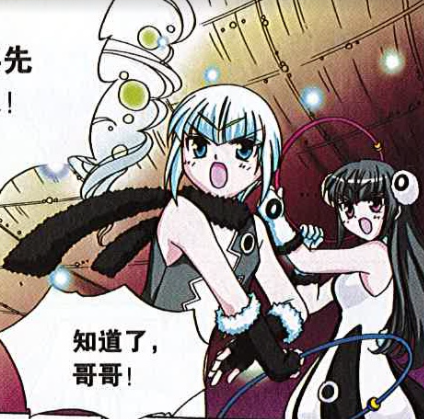 The Pocchaco twins are a pair of supporting characters in the chinese manga who were at one point villians. They get their powers from plushes of the little twin stars. 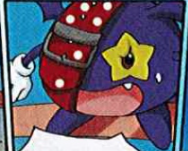 Van Khein seems to be the main villian of the chinese manga. It seems to have the ability to control magical girls using dolls and at one point is able to take control of Ririka. 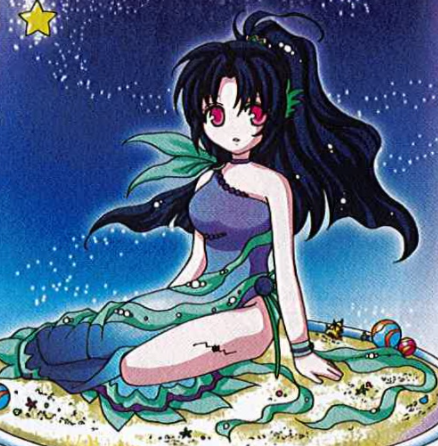 Pauline is a minor villian in the chinese manga and one of the mind controlled magical girls. She plays the violin. 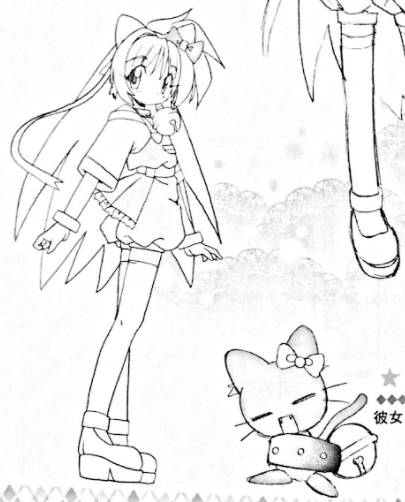 The mysterious girl is the nameless main villian of the second japanese manga. She has a cat companion that doesn't seem to be a pre-existing sanrio character. She seems to be able to mind control others as is shown in the second manga when she makes Kanna attack Rion. 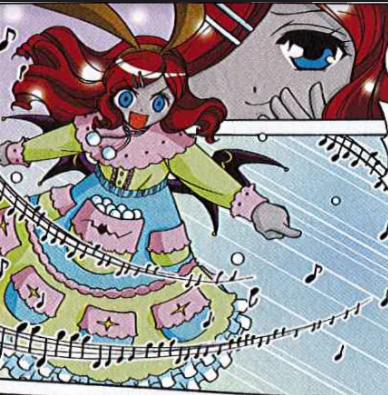 This character is one of the mind controlled magical girls in the chinese manga. 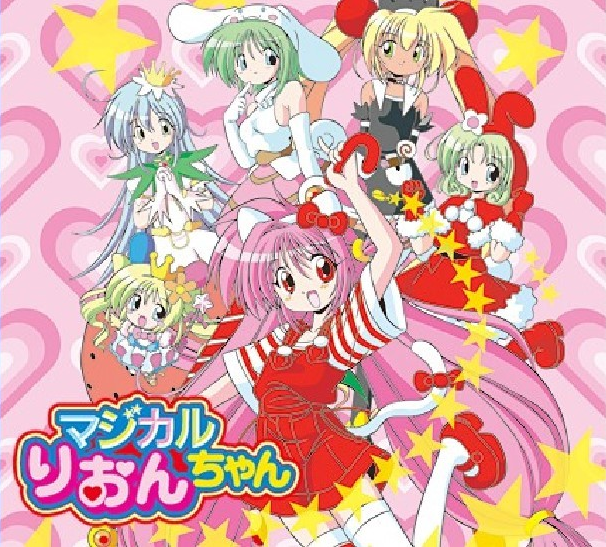 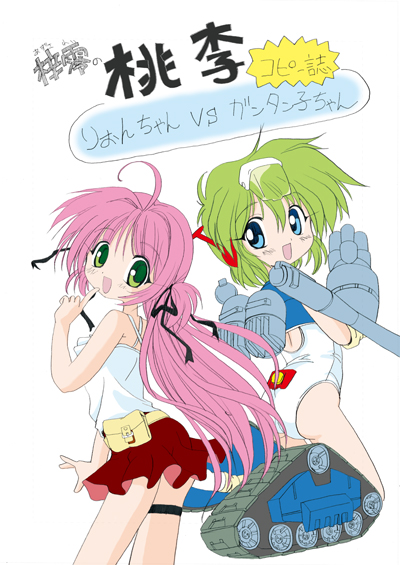 Guntan-Chan is a character featured in a magazine with Rion that was sold at a convention by Azusa Rei. Nothing is known of her other than her existence in the doujin. In this tweet, Azusa rei says that the magazine was very short and each magazine was manually bounded by Azusa themself. This doujin remains unfound.

If this is too hard to view, you can look at a full page version here. 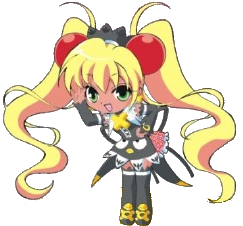 Currently, we have uncovered the second japanese manga and the entire chinese manga. Both are available to read at the bottom of this page under links.

We have also found a few animation samples of the main girls transforming. You can watch one here. None of them have sound and were all found on niconico.

Along with that, we have contact with a few people who were working on rion, such as TANAH and Azusa Rei. Extra art, pictures from events, and unreleased merch was also found and are under extra/miscellaneous images.

Rion still needs to be found!

Currently we are still looking for the first japanese book, a missing animation sample, and a short bonus magazine/doujin. If you have found them or any lead to them, put your findings in the rion chan lost media thread or contact me! We are also looking for translators to help translate the found mangas. if you speak chinese or japanese and would like to translate, contact Pinkieslovely/CrystalDarkPinkie on twitter. 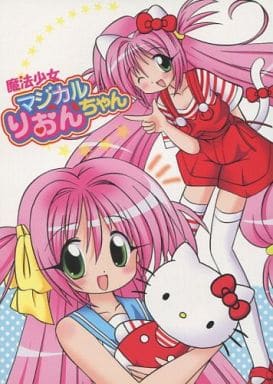 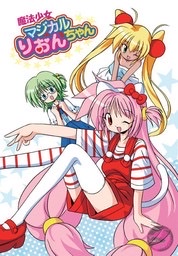 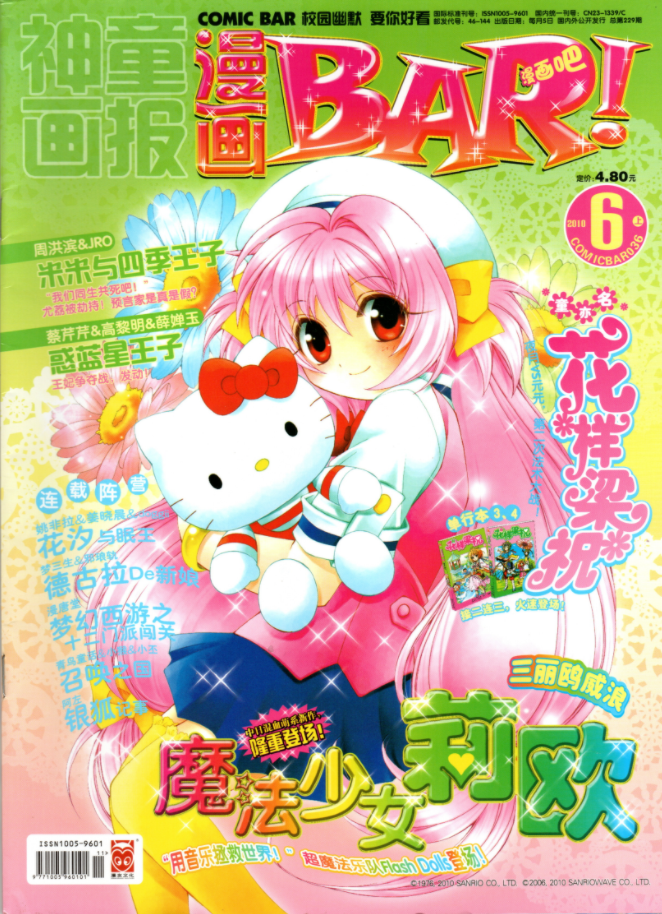 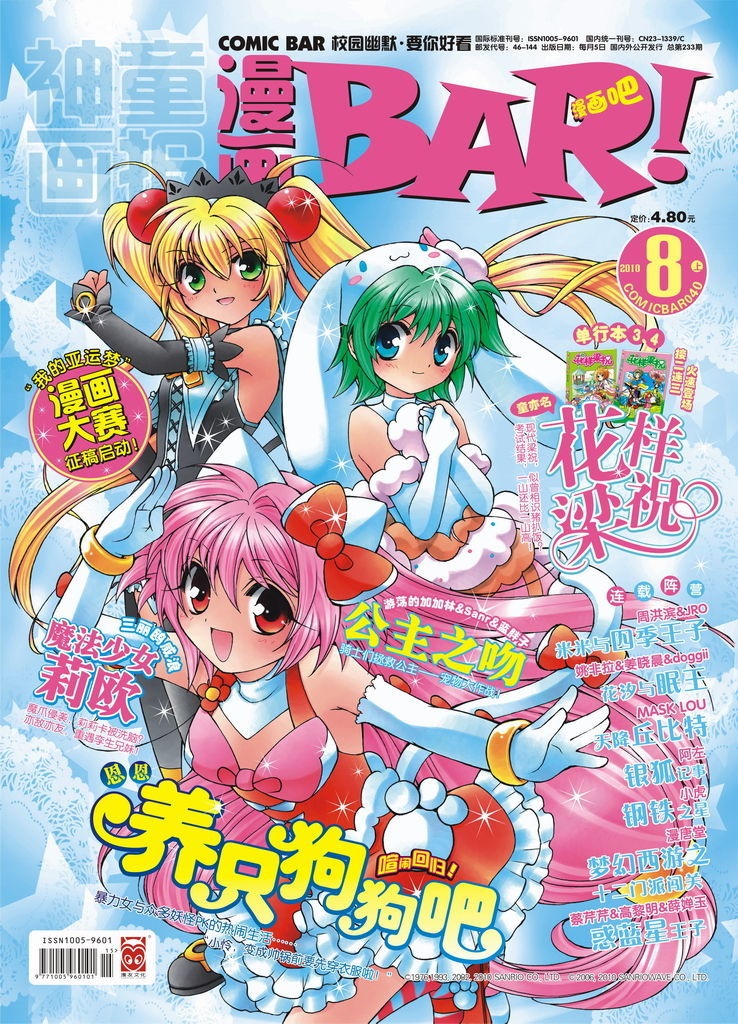 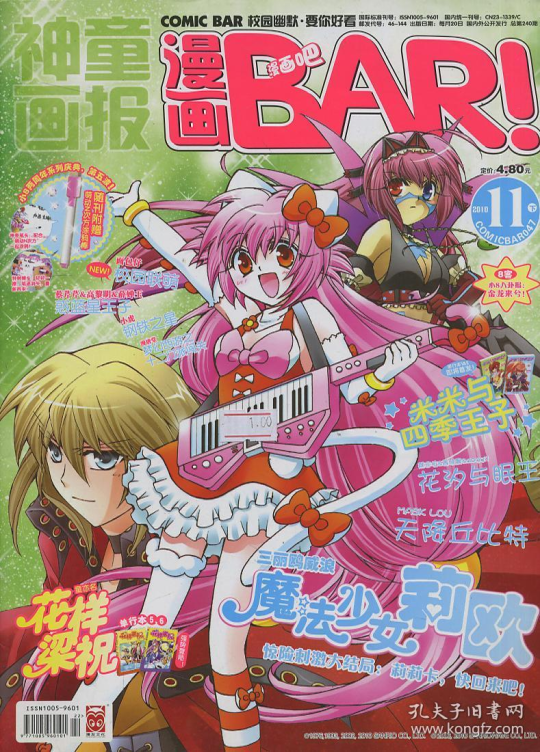 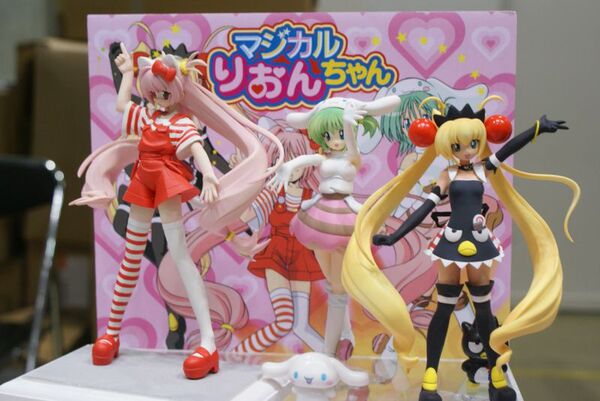 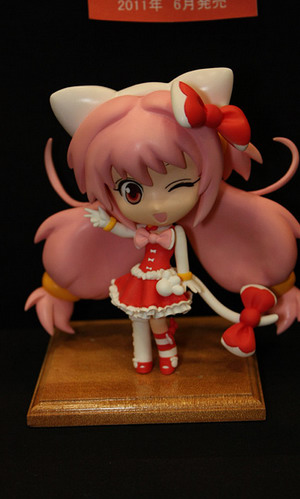 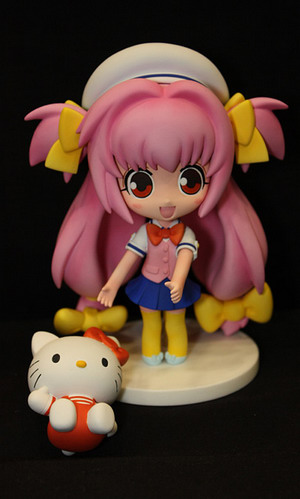 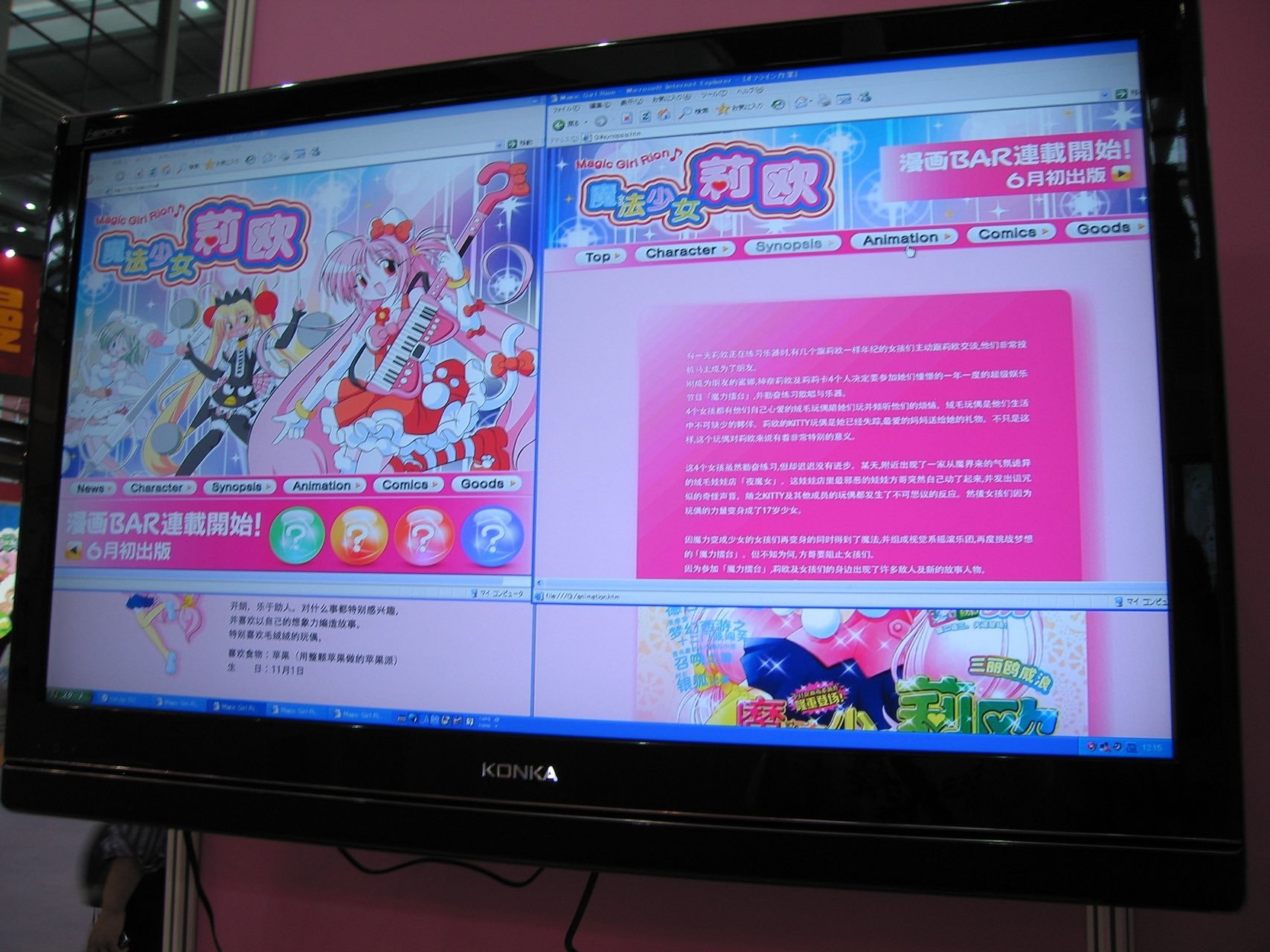 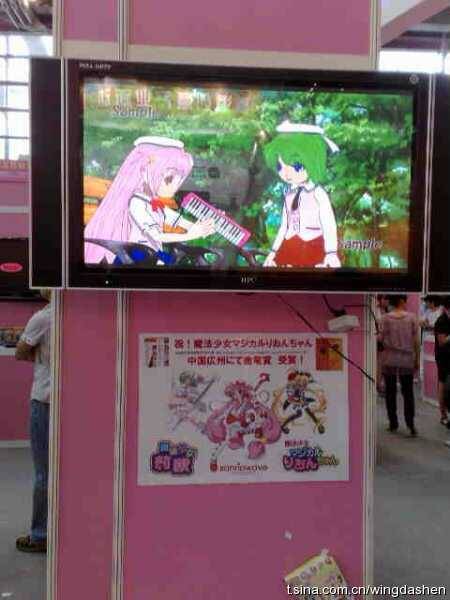 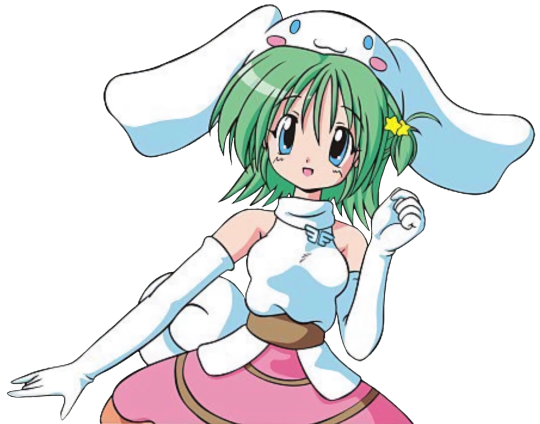 7/6/22 - i forgot to update when this happened but Pinkie found Rion's distributor company, Comic Fans. I emailed them asking if they have any copies of the manga and they said its sadly out of stock.

5/28/22 - It's been discovered that there used to be an American branch of Sanriowave. It has long since been shut down sadly.

3/27/22 - Azusa Rei has revealed that there is a bonus magazine with Rion and another character named Guntan-Chan.

3/21/22 - Spanish speaking Rion fans! an all spanish youtube video has been made about rion! check it out!

2/22/22 - Character guide added. will be extended when more information about characters is found.

Credit to Pinkie for helping edit and fix the writing on this page.

Do you like Rion as much as I do? Here are some free-to-use buttons!